A key programmatic element of the Ferguson Center for Technology-Aided Teaching & Learning is the development of the Digital Liberal Arts at Albion College. Digital Liberal Arts is an array of research and pedagogical practices that explore a universe in which print is no longer the only, or even the primary medium, in which knowledge is produced or disseminated. Digital tools, techniques, and media are expanding traditional concepts of knowledge in the arts, humanities, social sciences, and natural sciences. With this expansion the boundary lines among the humanities, the social sciences, the arts, and the natural sciences are being redrawn; there is “Humanities” and “Digital Humanities,” instead of STEM we have STEAM (science, technology, engineering, art and math), in addition to physical archives there are digital archives. Redrawing, and in many cases blurring traditional discipline boundaries has the potential to:

Digital Liberal Arts is the convergence of the opportunities and challenges that arise from the conjunction of “digital” with the “liberal arts”.

The Pleiad, Albion College’s newspaper, published an article on Dr. Boyan’s exploration of Google Glass in the classroom and on campus. “Boyan plans to implement Google Glass into a summer course here at Albion, and he hopes to learn how technology like Google Glass will help him during lecture and how it will help his students. His interest in Google Glass stems further than that though, as Boyan is extremely interested in the augmented reality aspect of Google Glass, as well as its education applications… he reached out to Guy Cox, the director of the Ferguson Center for Technology-Aided Teaching and Learning, who agreed to help secure the funds to purchase Google Glass. Cox’s interest in Google Glass was sparked both by potential education applications and passion for expanding Digital Liberal Arts here at Albion.

The full article is at http://www.albionpleiad.com/2014/04/google-glass-comes-to-albion/ 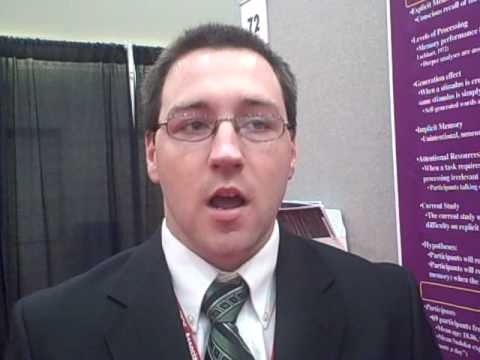 Etexts are the new frontier. Or at least they were. Educators, and everyone else for that matter, have started to notice that electronic textbooks, or etexts, do everything paper ones do. How innovative.

What can a student do with an etext that they can’t with a physical copy? The highlighting tool in an electronic textbook is almost exactly like highlighting a physical copy. Making notes, which are then tagged as little pinpoints you have to click on to read, isn’t much different than taking notes in a notebook, which a lot of students do with etexts anyway. So, where’s the progressive leap? While electronic textbooks reduce costs and paper use, which is fantastic for students (when they’re allowed by the professor) and the environment, they don’t really seem to be making the strides that people said they would.

Professor MacInnes, an English professor at Albion College, saw that these etexts weren’t very different from paper ones. He figured that if we were going to move away from paper, why not do more? That’s why he came up with his app for analyzing Shakespearean sonnets (http://www.touch-text.com/SonnetApp). The intention was to do everything you can do with a paper copy, and then a plethora of things that you can’t.

Once you log into the app using your name and the course you’re enrolled in, you’re shown the poem, perfectly sized to fit a smartphone screen. You can also access the app from other devices, such as a laptop or tablet because of the script used. The app is Web based, available to both Apple and Android users. You can then annotate the poem, your notes showing up beneath the text, similar to annotating and writing notes on a print out of a sonnet. But you can also look at notes made by other students in the class, which adds a level of collaboration while you’re reading and puzzling out the poem. This goes beyond classroom discussion that typically happens after everyone has read the poem individually, hopefully having figured it out on their own. Looking at the thoughts of others can help you figure some things out on your own and notice details you might not have before.

More collaboration from peers. That’s pretty cool, but couldn’t students meet in study groups to do that? Besides the unlikelihood of students being able to organize a study group that works with everyone’s schedule, putting a bunch of people who don’t know what they’re doing doesn’t magically yield understanding of Shakespeare. Order doesn’t just spring from chaos unaided. Some additional structure and prompting, like that provided by an instructor in a classroom setting, is needed.

Did someone ask for structure? To provide this, the app also prompts the reader to look at certain words or phrases, providing a definition from the Oxford English Dictionary. The definitions provided through the Oxford English Dictionary are more applicable to the possible interpretations of the selection, because of their context, than just any dictionary would be, making comprehension a little easier. The app then asks the user questions regarding the interpretation of the selection, the reader is prompted to see which way the word is being best used and how they think that affects the reading of the poem. Interactive! Paper can’t do that. A professor can use prompts and questions in class to help students read the poems but the interactivity of the app can help the student do it on their own time outside of class reading. Starting to see why the app beats paper?

The app is also designed so that it acts as one cohesive HTML file, so the user doesn’t have to wait for the app and its features to load. Some of these features include audio of the poem being read aloud, so that the user can hear the meter and nuances of the sonnet that may be lost if it’s simply read instead of spoken. There are also embedded videos, hardwired into the app, of the sonnet being performed, again so that the reader can hear the poem and perhaps glean new aspects and intentions of the sonnet that can be heard when it is performed properly.

The whole goal of the app is to ask questions that the instructor, MacInnes in this case, wants to ask and have the students answer and respond in  a collaborative way. It’s a way to show how innovative learning technologies can be, beyond an over glorified etext which isn’t much more than a simple PDF with a highlighting tool. If paper copies are going to be left behind, their successors should do more.

The minor is focused on meeting the needs of students who wish to acquire grounding in geographical representation and analysis techniques; and prepare students for positions in industry and government where the application of these techniques combined with knowledge of their own major field is required. It will develop professional competence for positions where competence in GIS, mapping or remote sensing techniques is required. Areas of study include cartography, remote sensing, and geographical information systems. So far some of the projects have included: END_OF_DOCUMENT_TOKEN_TO_BE_REPLACED

Two classes have been offered at Albion College, one on designing video games and a second on developing video games. Students create the games and work as a team to design and develop a functioning instantiation of a game. Creating video games is multidisciplinary — involving design, visual arts, music, narrative development, and digital technologies — and integrates well into the liberal arts curriculum. END_OF_DOCUMENT_TOKEN_TO_BE_REPLACED

The concept of multiple literacies is now well accepted and used in many fields and disciplines. Among the different kinds of literacy discussed are, in addition to print literacy, graphical literacy. mathematical literacy, artistic literacy, digital literacy, etc. As part of a course on literacy, learning, and teaching we “played” our way through James Paul Gee’s book “What Video Games Have to Teach Us About Learning and Literacy.”

Can learn problem solving and teamwork playing this game

END_OF_DOCUMENT_TOKEN_TO_BE_REPLACED

Albion Physics Professor Aaron Miller has been using tablets in his classes since the college first received the grant from Hewlett-Packard in 2008, he says the greatest difference they’ve made is the mechanism through which he taught. END_OF_DOCUMENT_TOKEN_TO_BE_REPLACED

In April 2012 Albion College and the city of Albion hosted the first Albion Augmented Reality Art Walk, the “Albion AR Art Walk.” It included 11 works of art placed along a one-mile loop that started at the College Quad and looped through Victory and Rieger Parks. The 11 artists were chosen from The Virtual Art Project’s open call for submissions and the works ranged from Will Pappenheimer’s “Skywrite” that created sky written messages in virtual airplane trails to Nathen Schafer’s “Leg Godt Inuksuk #5” that was created in collaboration with Anchorage School District students. END_OF_DOCUMENT_TOKEN_TO_BE_REPLACED