Albion Physics Professor Aaron Miller has been using tablets in his classes since the college first received the grant from Hewlett-Packard in 2008, he says the greatest difference they’ve made is the mechanism through which he taught.

He mainly uses the tablet as a way to present, a glorified chalkboard of sorts as he called it. In lecture he presents notes on two asynchronized screens, this allows students to see both the current and previous slides at once. This helps eliminate the struggle we’ve all had with a PowerPoint slideshow where you only see the bottom parts of the slide for a very small amount of time before the next one comes up. Miller says the tablet is much more practical than a traditional chalkboard because he has a variation of colors he can use, he doesn’t have to deal with the mess of chalk, and he can import images or bring back an image he’s already drawn. By generating the notes on the tablet he has the ability to archive them on his Albion Moodle/course page, something that as a student I think is incredibly important. Sometimes it’s impossible to make it to class, and trying to find someone to copy notes from can add to the stress of missing the information being presented first hand. While the commercial software, Dino, doesn’t allow for the notes to be posted in their original format, they must be transferred into PDF format before it is archived, the potential to have the notes sent or archived for student use is extremely valuable.

Another way Miller has used the tablets is to replace the clickers, which allow students to choose a multiple choice answer in response to a practice problem. The issue with the clickers was that if a student didn’t understand the question, didn’t know the answer, or just didn’t feel like attempting to work out the question, they could simply choose a random answer. By presenting a practice problem on the board from his tablet, and having the students work on them on their tablets, Miller was able to be out in the classroom walking among students and asking/answering questions on a more individualized scale. The tablets made it easier to have a more interactive class, especially in the larger classes. Students were more comfortable asking Miller questions when he walking among them rather than when he was in front of the whole class. Another thing he noticed is that if there was an issue with the question itself, if it was unclear or flawed, students were more likely to ask him to clarify or point out if it was incorrect. He was able to get direct feedback from students on the questions he was asking them. By being out among the students Miller received a lot more feedback or questions that could be applied or posed to the class as a whole.

Now, we’ve all experienced the “revolution” of having technology in the classroom. And more often than not, there are unexpected bugs and issues with the technology. But because of the original tablets and the experience he had with them, Miller’s mechanism of teaching was changed. It wasn’t so much about the students using tablets to work on problems anymore, he could give them paper copies and have similar experiences. But by using them in the first place, it changed how he took on lecture. While still presenting the same information, but in a new way, Miller was better able to interact with the students and they with him. 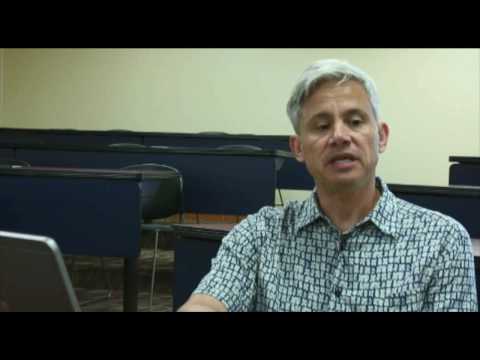